After the announcement of the prize winner of the ‘Elixir Zorka – Good for the Land’ Prize Contest, Elixir Agrar team went to visit the lucky winner of John Deere tractor Aleksandar Bogosavljević.

The tractor arrived at Veliko Crniće on Thursday, May 10th, for the joy of the Bogosavljević family, and most of all a young agricultural producer, twenty years old Aleksandar.

Among Aleksandar and his family, close friends and neighbours, there was an excitement and joy. It was evident that Aleksandar enjoys respect and affection of his neighbours and friends in his village, and as they told us, the tractor went into the right hands. 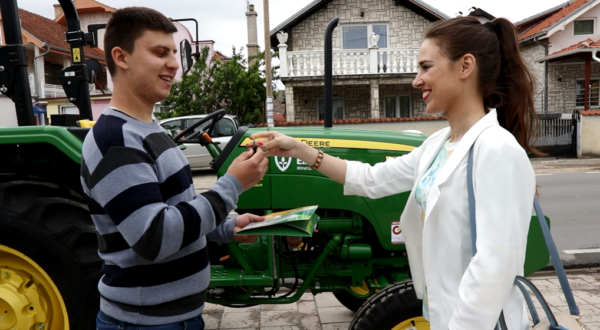