The Elixir Group is a regional leader in the production of complex high quality mineral fertilisers and phosphoric acid, as well as many other agribusiness segments. The Group exports as much as 70 per cent of its production to more than 50 countries on all continents

The Elixir Group’s greatest success is its global recognisability in the mineral fertiliser market, which was also one of its strategic goals. Mineral fertilisers produced at the Šabac and Prahovo factories are used everywhere, from China and New Zealand, to Mexico and Argentina, as well as in the countries of the EU. 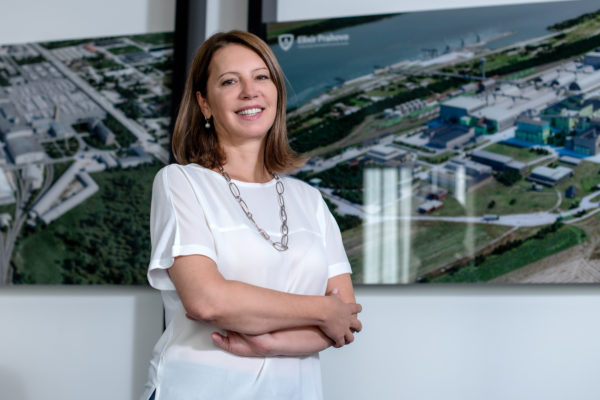 Is each of the five companies operating within the Elixir Group equally successful?

The Elixir Group is mostly orientated towards the agribusiness as most of our production based on mineral fertilisers for feeding plants, however, it is also increasingly present, through new product lines, in many other branches of industry. All members of the Elixir Group are interconnected and each of them is extremely successful in its segment.

The Elixir Group Chemical Division vertically integrates the activities of several member companies, from the production of phosphoric acid at Elixir Prahovo, with a capacity of 180,000 tonnes, continuing with a capacity of 600,000 tonnes of various mineral fertiliser formulations at both Elixir Prahovo and Elixir Zorka, to distribution to the domestic, regional and global markets carried out by Elixir Agrar. Members of the chemical division, based on their results and potential, are the carriers of the further development of the business system.

You’ve shown that constantly investing in advanced technological solutions, but also in human resources, can ensure quick progress. Is that the winning recipe for our agriculture, economy and the entire country?

Considering that we place part of our products on the global market, where our competition is multinational companies, we strive to utilise all “best practise” solutions when it comes to technology, in order to be competitive according to all parameters. When necessary, we use the knowledge of world experts who are engaged as our constant consultants and associates on new projects, while investment in human resources and organisation is essential to ensuring the use of the latest technologies is implementable in practice.

Serbia’s potential is not yet fully utilised, and with high-quality investments in technological development and human resources we can certainly achieve exceptional results

Serbia has a successful crop, vegetable and fruit production, and is included in the map of European exporters. Although plenty of progress has been made in recent years, following several successful privatisations of former agro-industry giants, Serbia’s potential has yet to be fully exploited.

Is it difficult to conquer new markets in such serious international competition? Are you satisfied with the export results?

Production of the chemical divisions of the Elixir Group is competitive even in the most demanding and developed world markets, such that we currently export 70 per cent of our production to more than 50 countries.

We can say that the biggest success of the Elixir Group is the fact that we’ve gained global recognition in the mineral fertiliser market, which is one of our strategic goals. At the moment, mineral fertilisers produced at the factories in Šabac and Prahovo are used all over the world, from China and New Zealand, to Mexico and Argentina, as well as in the countries of the EU.

From being a manufacturer of phosphoric acid for our own production, we’ve grown to become an important supplier of this acid to various industries in 19 highly developed European countries. Thus, phosphoric acid from Elixir Prahovo is used today for tomato plantations in Italy, to protect the wood in Sweden, to treat wastewater and for the paper industry in Austria, and in the detergent industry in Poland. However, despite that, we are working constantly on the development of new products.